Crowd funding: no joy for start-ups?


The likely framework for crowd funding by Australian public companies has been released by Treasury, with yesterday’s consultation paper setting out the key elements.

In focusing on crowd funding by public companies, the paper leaves open a key question on how proprietary (or private) Australian companies (representing approximately 99% of Australian companies) are to approach crowd funding, and capital raising more generally, with the Government seeking further comments from industry stakeholders on potential changes to private company arrangements.

Following on from our earlier posts (Treasury invites feedback on crowd funding and Budget focus on crowd funding), some of the key concepts for the new public company framework, which generally reflect prior consultations and developments internationally, include:
Some key points of difference from previous consultation papers are:

Next steps for private companies

With the framework for public companies made clear, a number of questions are now put forward in the consultation paper on potential arrangements for private companies, including:
While it is good to see Australia is moving in the right direction for public companies, the questions in relation to private companies are important ones to be answered.  In our view, the fact that the vast majority of Australian start-ups and small businesses will take the form of a private, rather than public, company means that a potential crowd funding framework for such companies needs to be carefully considered.  The model may also reduce Australia’s competitive position relative to other jurisdictions, especially for relatively mobile ‘start-up’ companies.

Draft legislation for the public company framework is anticipated later in 2015, with the new laws anticipated to be introduced at the Spring sitting of parliament.  It is hoped the current momentum will be maintained for an appropriate framework for private companies. 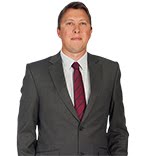